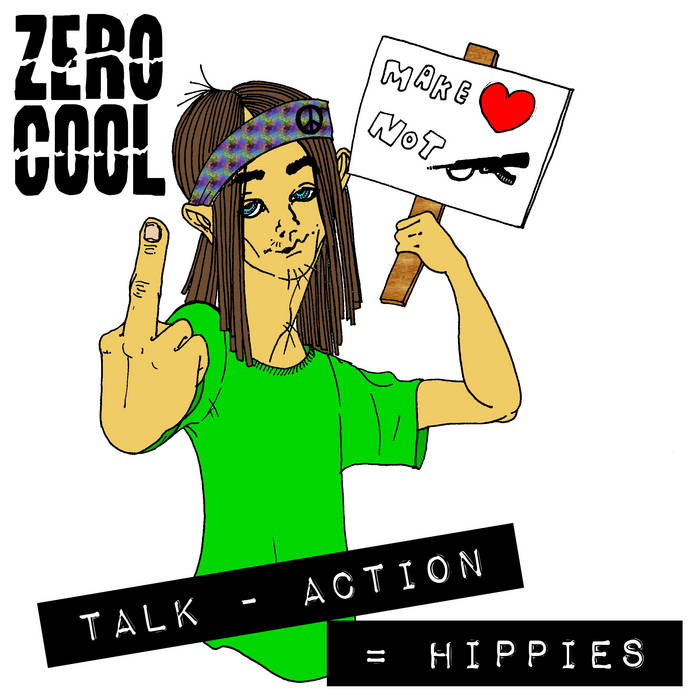 a full length that fits on a 7"
also available via Livid Records at canadapunk.bandcamp.com
or on iTunes & Amazon.com


Zero Cool would like to thank?
Down The hatch, The Mange, Suffix, The Old Wives, Satan & God, The Horny Coroners (r.i.p), Jim’s Parents for that lovely breakfast they cooked us on tour, Matt Cunningham x2, Matt Schnell, Derek, Mark Johnston, Mike Johnson, bacon, Paul TR-606, Porter Bombs, Lucas Boutilier, Iain Lindsey for taking all of Andy’s Shifts so we can play gigs, Pizzarrhea, the Minimums, JP, Billy Burroughs, Miles Davis, Mike Watt, Lorne Peet, the NDP, Cody for buying our first album, Chuck Livid for not knowing what he is getting into, Doug Hoyer, Andy for being the longest running drummer in ZC, Rod at DV8, Kate at New City, the I.C.B.M.s (R.I.P), the Levelsixelfs (R.I.P), the Phormals (R.I.P.), Melissa for the nerd and cover art, L&McQ for not asking questions, and all our friends and family!

And remember kids; GET OUT AND VOTE!

Check out ZEROCOOLBAND.COM if your bored, for updates and other shit

Punk Fuckin’ Rock from one of the coldest places in the world! What do the the Zero Cool dudes do during the freezing Canadian winter months? They write the best punk medleys the world’s ever seen. Edmonton will never be the same and neither will your ears! ... more